This update features an all-new scoring system. When you complete a stage you will now receive:

These are all based on your performance, which is measured by the same 3 metrics as before (reach the goal, score a touchdown and finish within par).

You'll also get some score bonuses for additional actions, such as finishing even more quickly or collecting...

You find these dotted across every stage. Collect them for score bonuses. 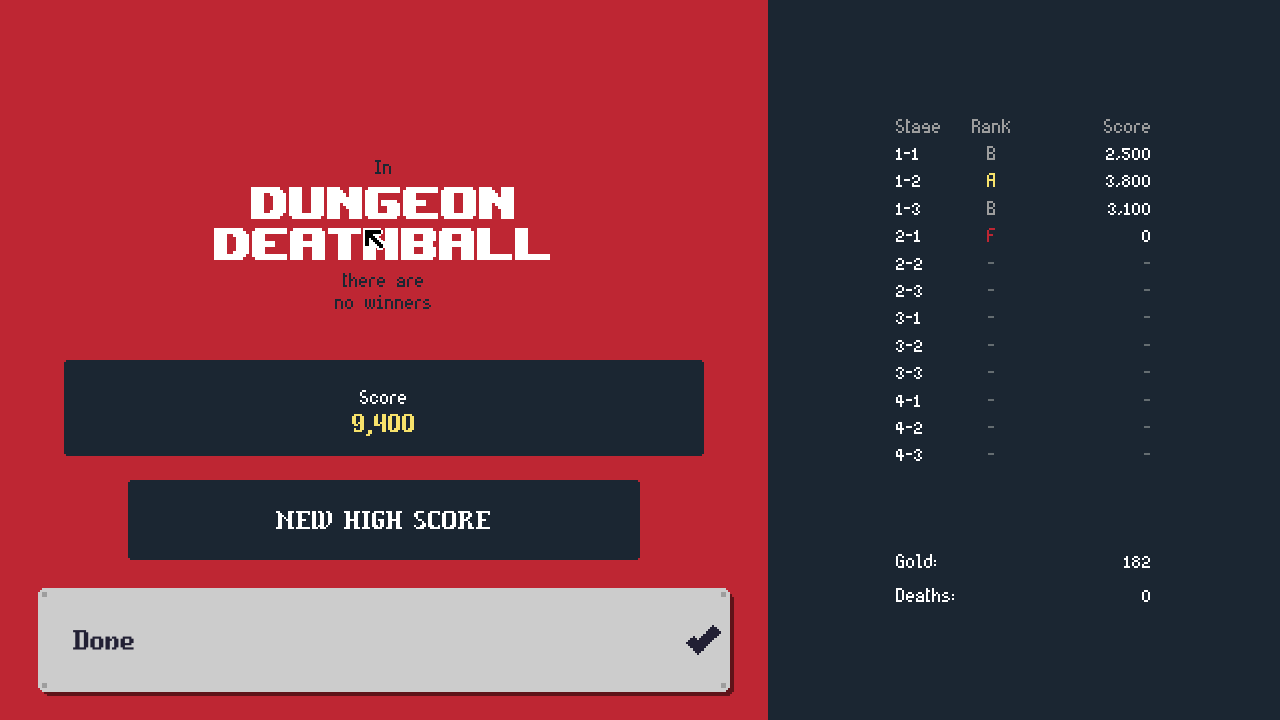 The ending screen now shows a full breakdown of your scores and ranks, stage-by-stage. Be sure to share screenshots of your best runs in the Steam Community. 😉

This update involved some big changes to the way scoring works, and it's now harder to get the kinds of scores players were achieving in older versions of the game.

Therefore, I decided to create a new leaderboard for all scores going forward.

However, I didn't want to simply wipe all the old scores (you worked hard for them!) so I've preserved them in the Steam Leaderboards. You can find them here.

Well done, WanderingHero, you'll have your high score forever preserved in the archive!

Everyone else: now's your chance to claim that new number 1 spot!

💀 Fast-paced, tactical deathsport with unique challenges in every run.