I've been spending time with my family this week so progress has been a little slow, but I have got some improvements to share with you.

The biggest chunk of work on my part was changing how the game is structured from stage to stage. It's now played out in 4 trials made up of 3 stages (it used to be 3x4). I've added this concept of the 'Final Trial' which combines the randomly-selected monsters you encountered in the previous 2 trials. The reasons behind this change are mostly boring and technical, but you just need to know that it gives me more control over difficulty balancing further down the line.

Next up is the Timeline screen. I've revamped this to be able to show your entire 12-stage run at once, including whether or not you got a perfect 3 Star score in each stage. 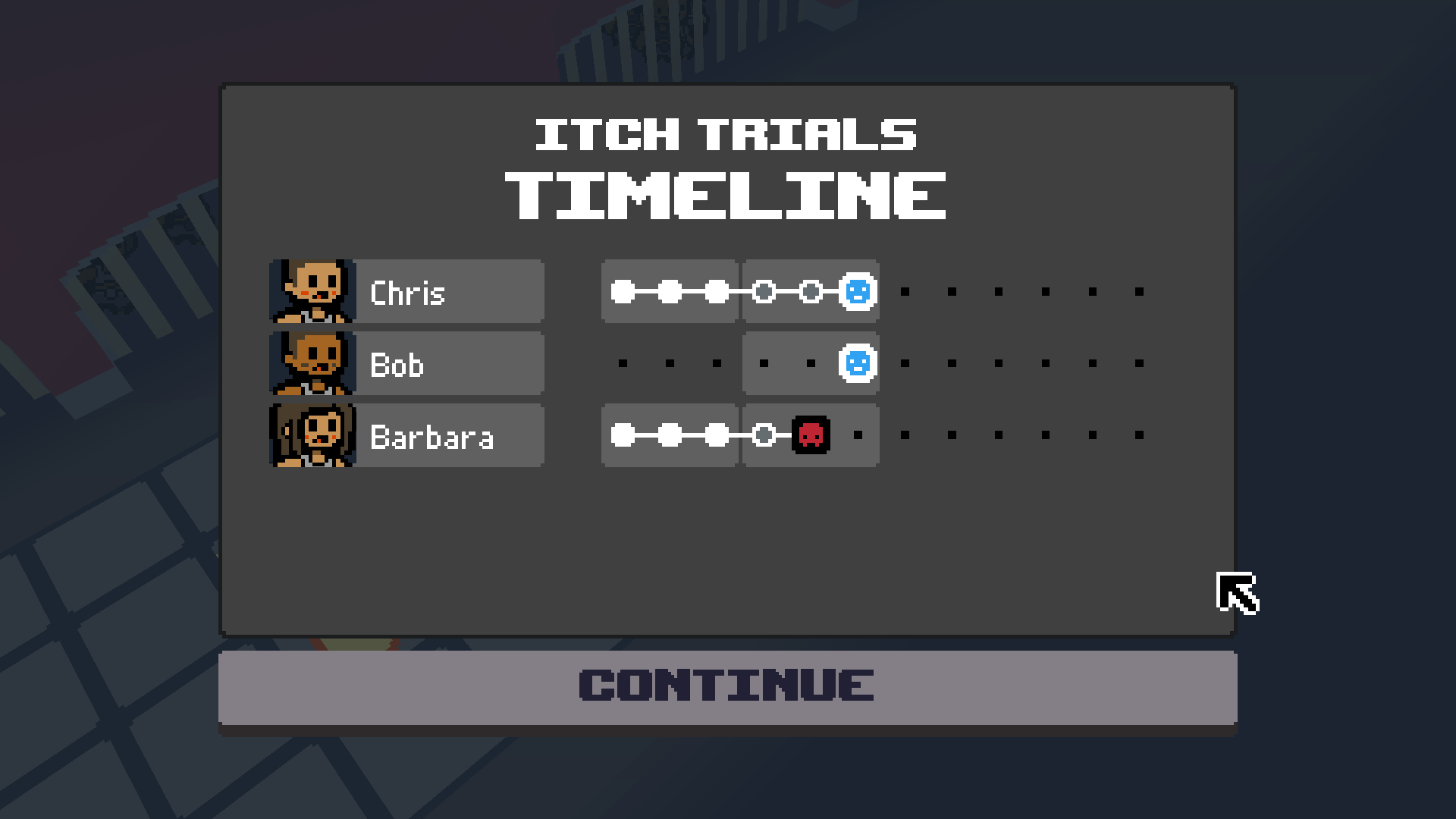 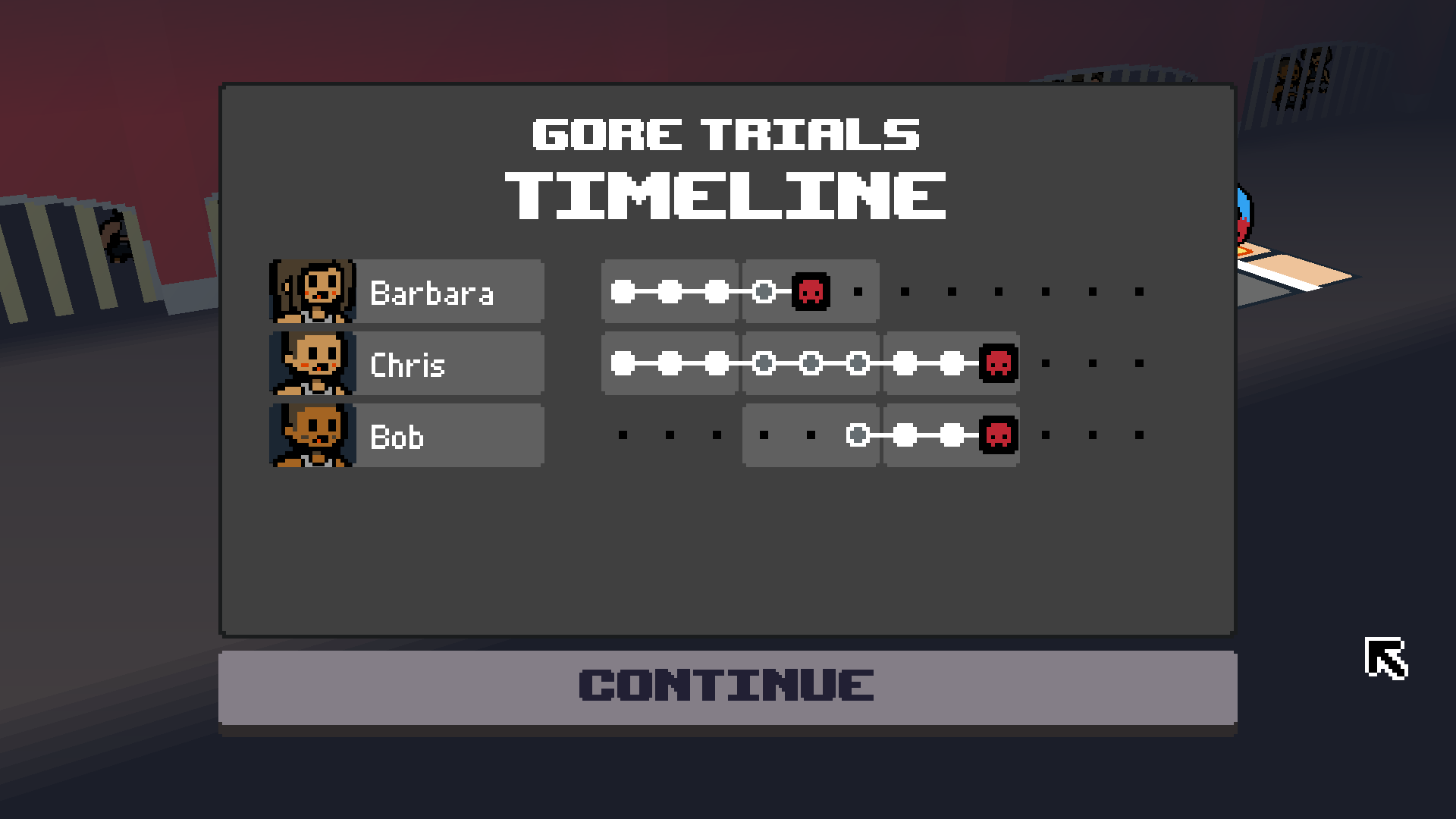 And finally, the end-game screen now tallies up scores for your performance and gives you a final score. Eventually, I plan to add Steam Leaderboards so you can compare this score against other players.

Let me know what you think of the scoring system and share your top scores! 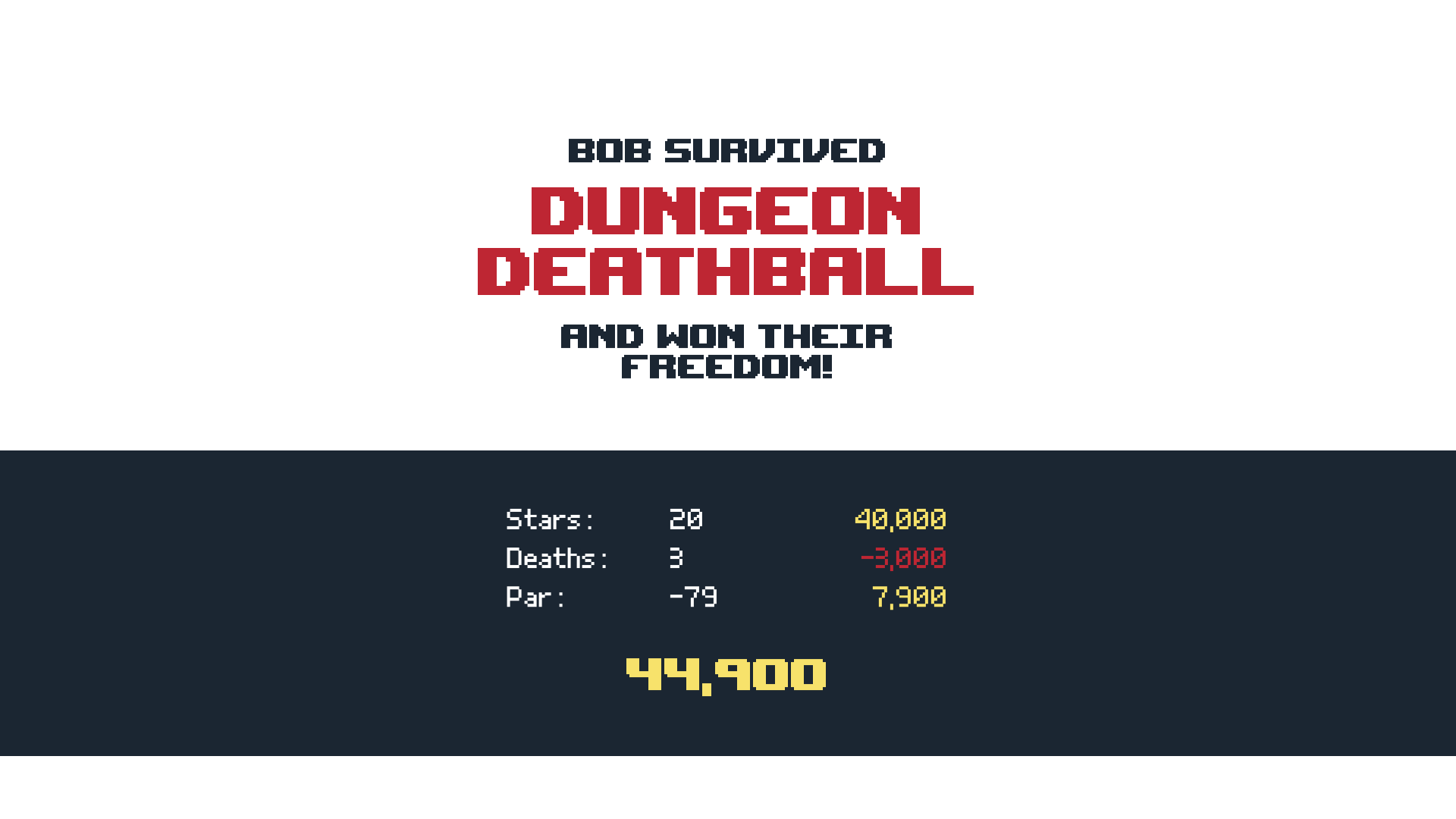 💀 Turn-based roguelike meets arcade death-sport, where every dungeon is a unique gauntlet of brutal challenges.