The next big update is here, adding language support for French, Italian, German and Spanish, several new features and an overhauled interface!

A huge thank you goes out to the kind people who helped to localise Switch 'N' Shoot! You're all awesome!

If you want to contribute to localisation or suggest corrections to existing text, please add comments to this spreadsheet: https://docs.google.com/spreadsheets/d/1PxbcHXlSPdk3HJPlddzZQiqAVxTBwxWD7FNZIH6uob4/edit?usp=sharing 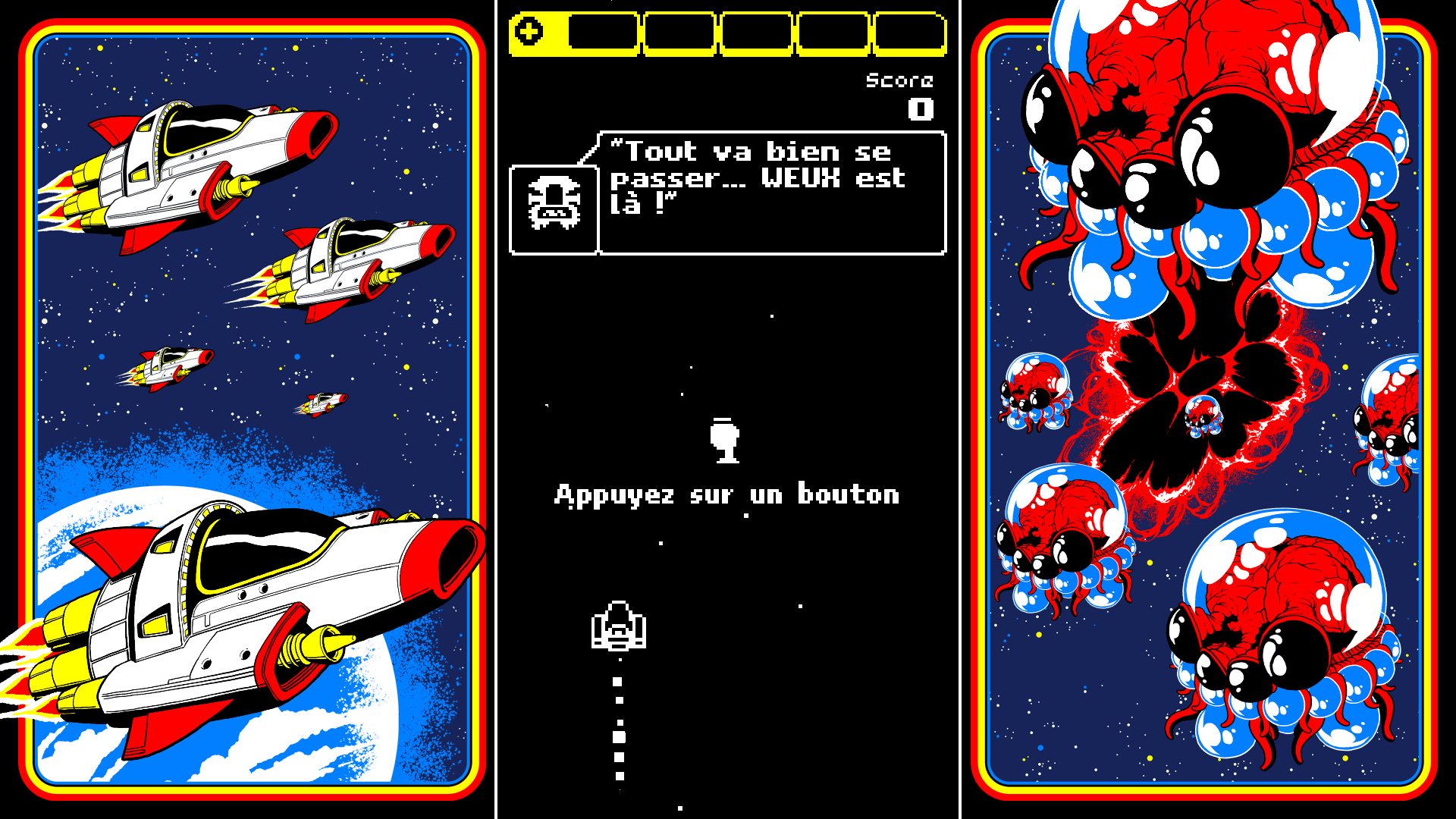 Shmup connoisseurs will be familiar with this term. But for the benefit of everyone else, TATE Mode means the game can be played in a 'portrait' orientation. So, if you prefer, you can rotate your entire monitor 90 degrees and have the game adjust to fit. If you want the authentic arcade experience in your home, this is the way to play!

Simply hit F10 at any time while playing to toggle between normal and TATE modes, or change it in the Options menu. 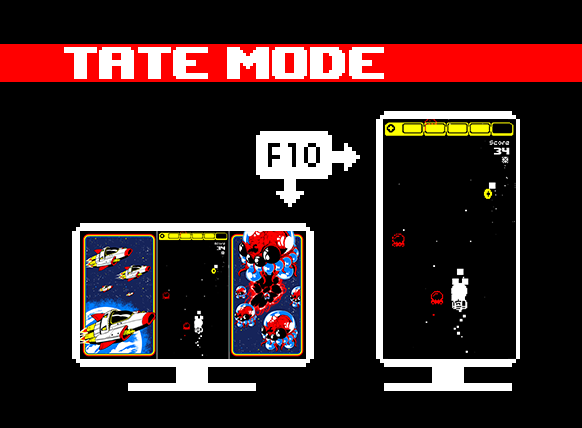 In the process of adding new fonts that support the full Latin character set, I made some disturbing discoveries about the state of my current GUI (graphical user interface). In short, it was a mess of high- and low-resolution assets all jumbled up. Some drastic changes had to be made.

So now the entire GUI has been updated with a more 'pixel perfect' version, resulting in a cleaner, sharper, tidier look to the low-res pixel art. There are also numerous improvements to the layout and flow of menus and improved feedback during gameplay.

In addition to the existing Palette Swap feature, you can now press F5 or F6 to cycle back and forth through a number of colour presets, hand-picked by yours truly to look all cool and retro. 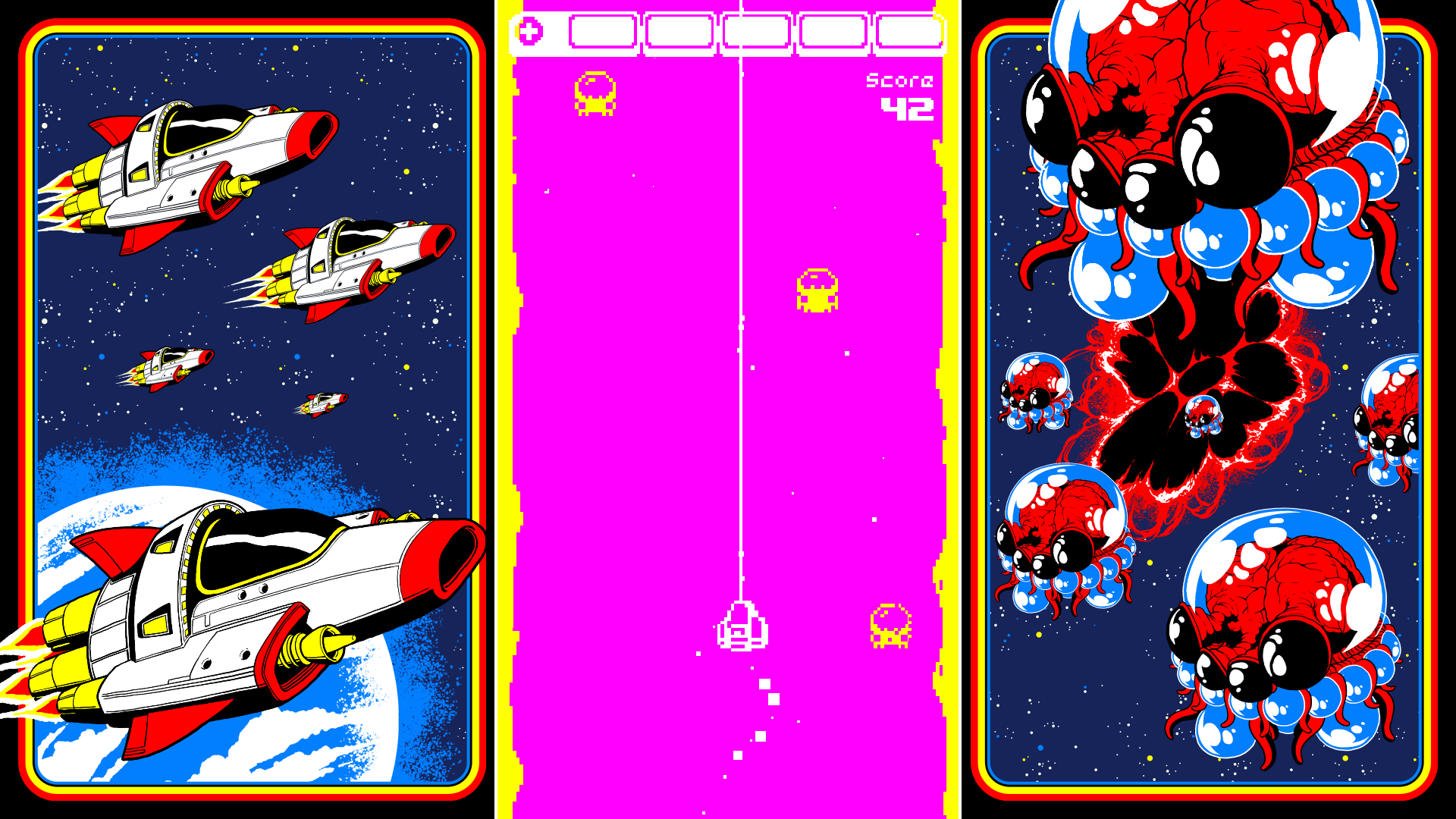 More colour palette features are planned for the future too!

As always, I hope you like the new changes!

Please remember to leave a review on itch.io to help boost the game's visibility. I am entirely self-funded and independent, so your support means a lot.

If you want to support me in other ways, you can also join me on Twitter or my brand new Patreon!